Presented by The BiggFoot Comedy Troupe 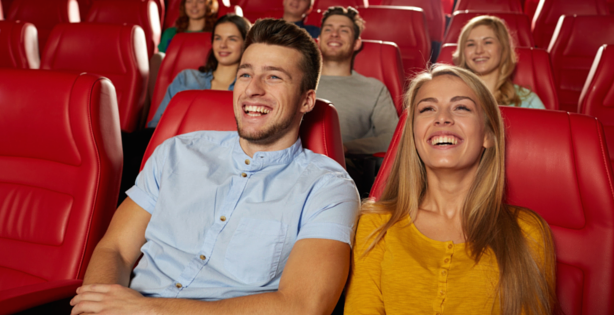 The second annual Central Coast Comedy Festival culminates on Valentine's Weekend on Saturday, February 13, 2016 at the SeaCrest OceanFront Hotel in lovely Pismo Beach, California! Come join us in the Pacific Room for the late show at 9pm for a witty and hilarious 90-minute show!  Doors open at 8:30pm and there will be beer and wine to purchase as well as some appetizers to nibble on too.  Admission price is only $20.  Who needs a Whitman's Sampler when you can give the gift of laughter to your Valentine?

Your hosts and two of the comedians for the evening are Kurtis Addison and Sal Espana.  Kurtis Addison started his comedy journey in New York City studying improv and television writing at the Upright Citizens Brigade (UCB) and standup and sketch writing at the People's Improv Theatre (PIT).  Along with Sal Espana, he has performed standup on the Central Coast at Linnaea's, Shell Cafe, The Graduate, The Z Club, Creekside Brewing, The Wise Owl and Socrate's Cafe.  He's also performed in the First Coachella Improv/Comedy Festival in Indio, CA in 2014 and he is a founder and executive producer of The BiggFoot Comedy Troupe. Sal Espana started his comedy journey at The Grange Comedy Night Show in SLO.  Sal has competed in numerous comedy competitions including the San Francisco Comedy Festival.  Sal has performed all around the West Coast including Rooster T. Feather's in Sunnyvale, CA.  He was a regular writer and performer at No Shame at the SLO Little Theatre and was selected as "Best of" in 2014.  He was a long time DJ on KCPR and can still be heard on Tuesday night on KCBX.